May 03, 2018
For those who enjoyed Steve Barker's debut as a playwright with his production of Awkward!, you will be pleased to hear he has been bashing away in front of his computer for the past year and is about to release his second play on an unsuspecting public.

Backstage / Farce is a two-act play about a local drama group, the Bluebell End Players, who are preparing for - and performing - the opening night of their production, A Bit of Slap and Tickle.  As you may expect from a farce, things do not go according to plan as the group battle their way through frayed tempers, bad nerves, and missing cast members! 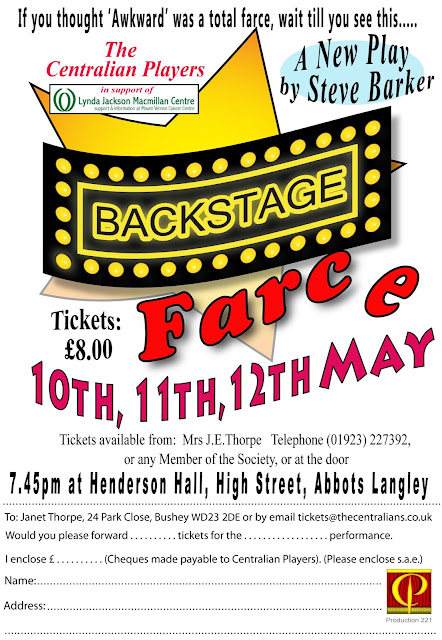 As per Steve's previous play, profits from this production will be donated to the Lynda Jackson Macmillan Centre, an important support and information service for people affected by cancer; please see their website to find out more about their work.

Tickets for the performance can be booked through The Centralians' box office by calling (01923) 227392, emailing tickets@thecentralians.co.uk or purchased at the door on your preferred night.


Fancy Having a Go?

Being part of a drama group isn't just about acting!  There are many roles to fill behind the scenes and they can be just as challenging to achieve as any acting role.  From lighting management to publicity to set building, the group requires skills from all fields to ensure a production is successful.

The Centralians are always welcoming to new members who want to get involved in any aspect of their productions, so if you fancy having a go, they are holding an open evening on 4 June 2018 at 8pm. 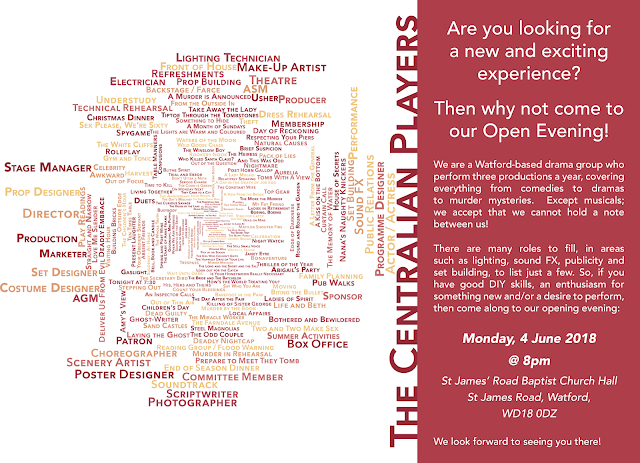 They are a friendly group, so don't let nerves get the better of you!