Showing posts from 2011
Show All

December 16, 2011
Over the years, my Sis has proven that she has inherited my Mother's ability to say or do just the right thing to put a smile on my face when I'm having a bit of a naff day. For example, when we were teenagers, she went on a chocolate hunt but was unable to find anything, so I suggested she try eating the cooking chocolate from Mum's baking cupboard.  "I can't eat that," she replied, "it's still raw so you have to cook it first!" I may have laughed a little too hard at that one. Or the time she decided to show off how high she could kick her leg, forgetting she was wearing a straight skirt and succeeded in taking out her other leg in the process. I laughed hard at that one, too. Or the time when we were walking a neighbour's black labradors in the local parkland and one of them spotted something worth chasing, so took off across the park dragging my sis behind him like a squealing human sled. Shame I didn't have a camera for t
2 comments
Read more 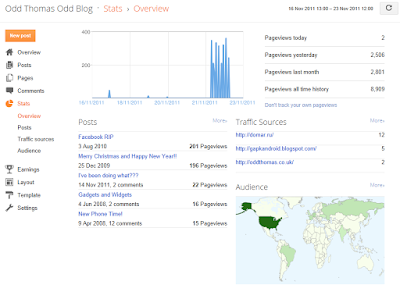 Either my blog has suddenly become interesting or there is something wrong with Blogger stats... My posting has been sketchy at best but according to the stats that doesn't really matter as I've had nearly a 2500% increase in pageviews yesterday alone, presumably by people panicking about the title of my August 2010 post title Facebook RIP ! However, according to Google Analytics, nobody has set foot here since 15 November - about the time of my last post - and even then, it was fewer people than were interested in the Snap Your Chap exhibition, though I'm not sure that's entirely surprising. However, never fear, people, FarceBook is still alive and kicking ... though I have a challenge for each of you: For a period of 30 days, deactivate your Facebook account and do something interesting I dare you...
Post a Comment
Read more 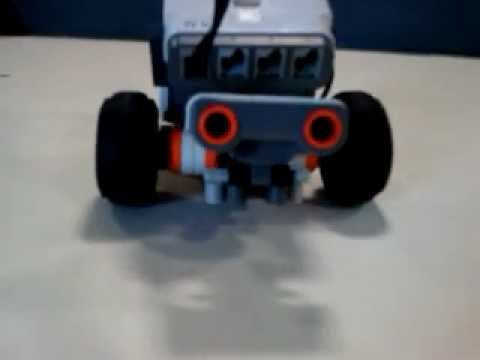 It seems every time I write a post now, I'm amazed at how long it's been since I rambled on at you poor souls, so, here I go again... OMG, HAS IT REALLY BEEN THAT LONG?! Okay, a wee bit on the dramatic side, but I might as well make an entrance :-) Well, I'm a good couple of months into my second year at Uni now with some pretty good grades from the first year under my belt and, as expected, the second year is proving so much harder to keep up with.  That said, I am still enjoying it, especially now we're starting to get into the interesting stuff I signed up for. In the first year, the Principles of AI and A-Life module was just a bit of a primer where we got to play with the NetLogo simulator, but that was about it from the technical aspect.  This year, the module is called Artificial Intelligence and Robotics and we actually get the chance to build robots! Now, before you start getting all excited like a geek in a gadget shop, I'm going to put a damp
2 comments
Read more

April 05, 2011
There are times when I get to appreciate just how lucky I am.  Forget winning the lottery, that'll never happen (not that it stops me trying), but when it comes to the day-to-day stuff, that's where favourable circumstances really make a difference. Take today, for example.... I have never been a morning person; trying to get out of bed in the morning is significantly harder than getting a woman to admit she's wrong .  As such, I am on the road towards becoming Doc Emmet Brown , with my slowly increasing number of clocks and alarms (if not by hairline alone). At this point time, I have roughly nine alarms set to go off: A Pure DAB unit that has four alarms set - two to beep and two to turn the radio on A battery operated unit that likes to shout at me to "Get up, now!" and which has had more than it's fair share of early morning beatings My HTC Hero which has four alarms currently set, but which I can add a bundle more to if I so choose (might have t
2 comments
Read more
More posts