April 06, 2008
It's official: I'm a Muppet and, according to this quiz, I am none other than Fozzie Bear which, if I had to be honest, isn't all that far from the truth!
Last Thursday, I decided to update the firmware on my old Nokia phone - I had upgraded to the HTC TYTN but the screen stopped working within a couple of weeks so I decided to ditch it in favour of the 6680 I had.
I really should pay attention to the warning popups that appear on these updates ... or at least make an effort to understand the tech I'm playing with!
Thinking that all the important stuff was on the memory card, I happily plowed on with the update ... oblivious to the wiping of all my contacts that was taking place right under my nose: one of those cold sweat moments!
I know I am not the world's best at keeping in touch with people but at least now I had a great excuse!  Of the 80+ numbers I did have, I have now slimmed down to a meagre 9 ... I think I'm going to have to make a few surprise visits...
The worst part of this was the fact that on the Friday, I was due to be meeting my cousin in London to have our Fit to Dive medicals and I now had no means by which to contact him and no idea where we were supposed to be meeting.  Luckily, he had left the directions at home so had to text me to find out where to go from St John's Wood station.
I have to confess that I was rather nervous about going to the medical as I figured the asthma would be a bit of an issue, but we both got through fine and are now certificated as fit to dive when we go to Sharm el Sheikh for a diving holiday at the end of the month.  Woohoo!!
Though I have to confess that I think I am even more nervous about the holiday than the medical, especially with the imagery of exploding lungs still fresh in my head.  Ho hum...
The rest of the weekend has been spent catching up with family, having an ace Mexican meal evening with friends in a one year pre-anniversary celebration of their wedding ... and seeing a gorgeous new addition to my sister's family  :-D
Everyone, meet Smirnoff!! 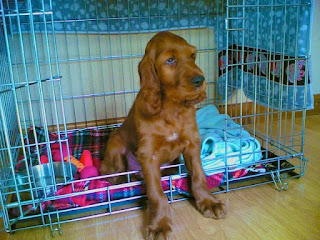 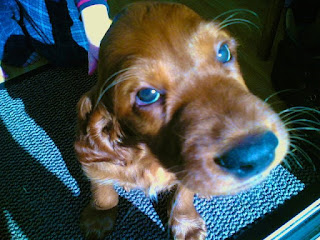